The 19 stone windmills located in the village of Kinderdijk are a national monument in the Netherlands. Construction took place during the 18th century when river overflow threatened the life of the villagers and was taking over drylands. Here are five things that will interest you about these windmills, which have become a famous tourist attraction.

The Most Incredible Facts About the Windmills at Kinderdijk

Draining Of The Alblasserwaard Polders 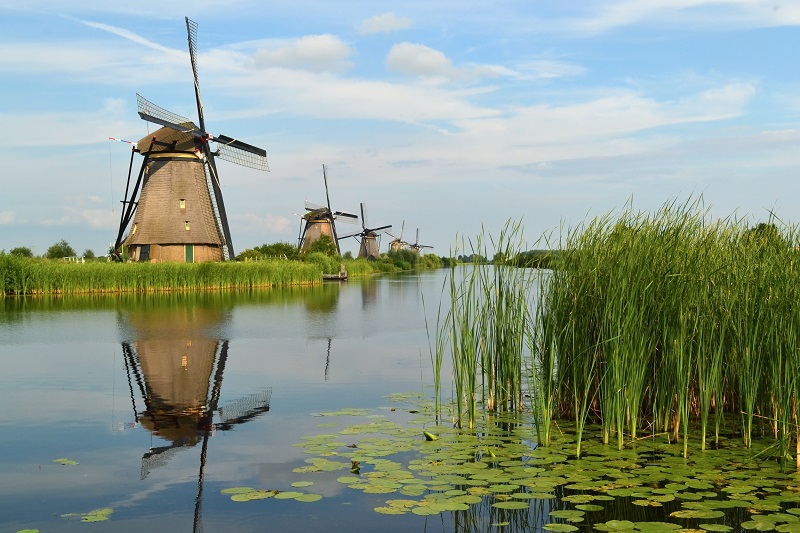 The main reason for the Windmills at Kinderdijk is to help drain water from the Alblasserwaard polders. Since the 14th century, the area has been victim to floods, ravaging local communities. Windmills harness wind power to help pump water into a reservoir, including dikes and an administrative building. 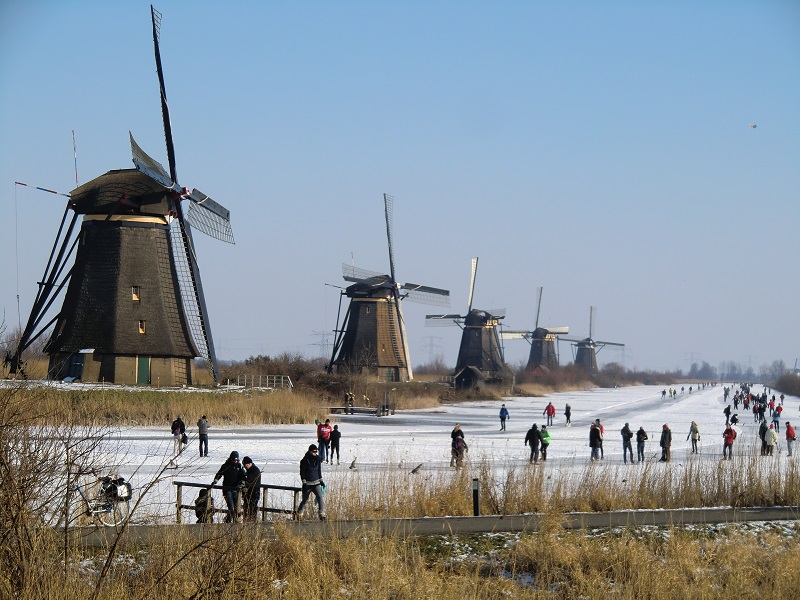 Most of the Netherlands lies below sea level. Without taking any efforts, estimates show more than 40% of the country would be under flood. The wisdom that went into creating the windmills at Kinderdijk not only benefited the country but has also helped people in other parts of the world. Stone, brick, wood, and thatching are the primary materials used in the construction of the windmills. Today, only a few of the mill is still functioning, as a diesel pump has been put in place to perform the main job.

National Monuments In A Protected Village 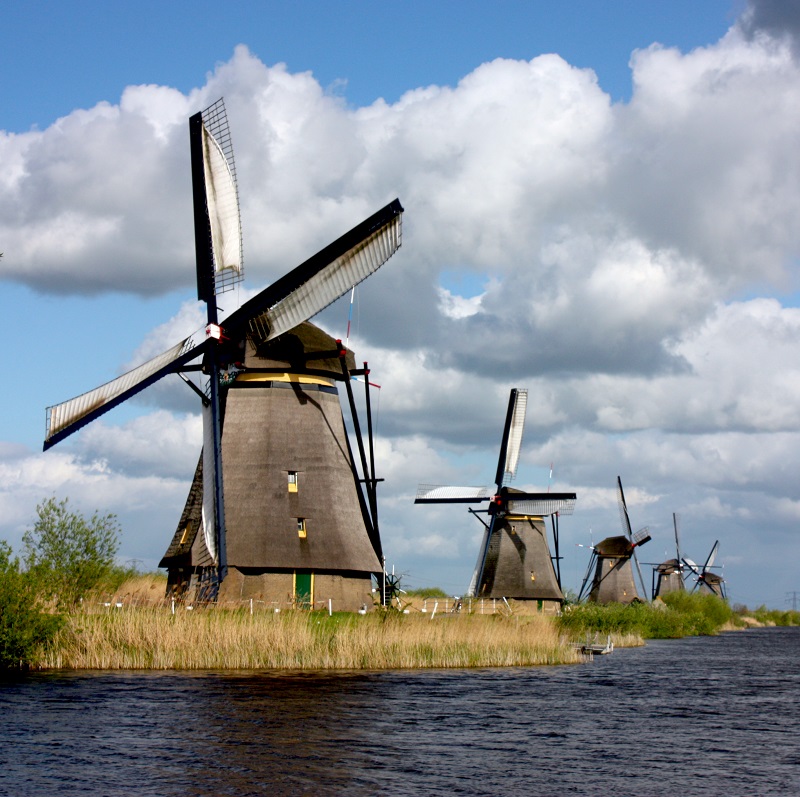 The Windmills at Kinderdijk are national monuments and part of a protected village since 1993. It has been a UNESCO World Heritage site since 1997, under the management of the Kinderdijk World Heritage Foundation. More than 450,000 people came visiting the site as tourists every year, even though only open during the summer, to protect visitors. Without tourism, it will be impossible to manage the windmills. Visitors can see the mills in various ways, including walking, cruising on the water, and cycling. Many people also like to visit the museum. 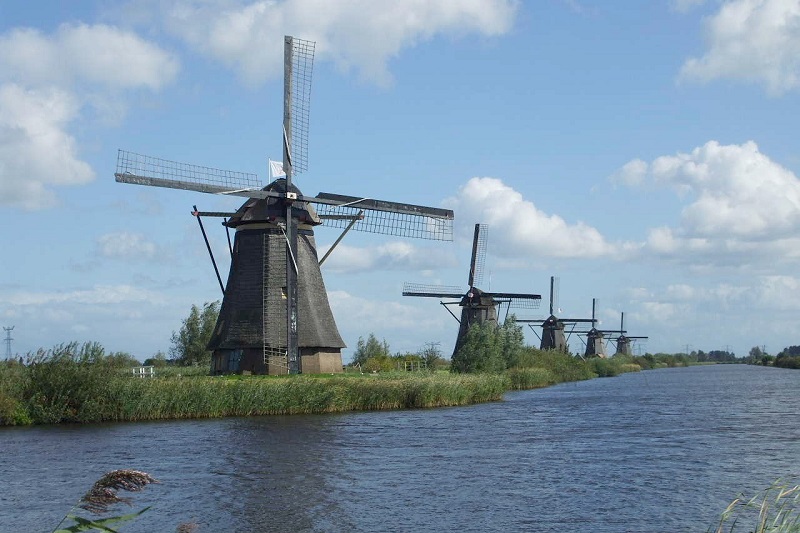 In most parts of the world, windmills are usually for the crushing of grains. Windmills in the Netherlands have gained international popularity for their usefulness in other areas of life. The mills also serve the purpose of communication apart from pumping water to reclaim land for building projects and starting farms. When there are no cellphones, windmillers in villages make communications by setting sail of their mills to the specific position that the majority understood. Even today, windmillers still engage in this practice, especially during the time of mourning.

Largest Concentration Of Windmills In The Netherlands 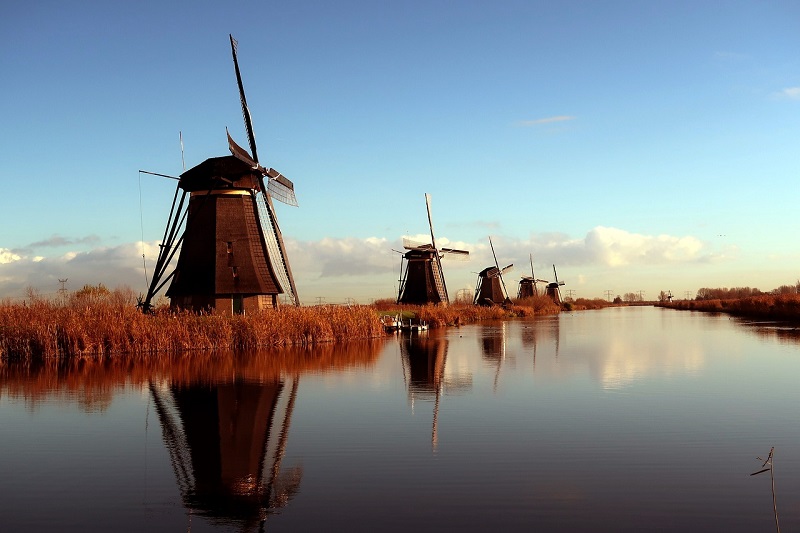 While there are at least 1,000 windmills all over the country, Kinderdijk has the largest concentration of windmills. These are picturesque windmills so visitors can come along with cameras to take pictures. The entire area is scenic, and visitors will have the chance to learn about water management from centuries past, which is sometimes part of a tour package. The Windmills at Kinderdijk offer a different feel compared to other windmills in the city and elsewhere. You can come along with the entire family to enjoy the best of a peaceful and welcoming environment.