While exploring Copenhagen, Denmark, one of the must-see places is the Little Mermaid. The bronze statue, which is the work of Icelandic sculpture, Edvard Eriksen, is located at the waterside Langelinie. Here are interesting facts that will increase your interest in this iconic work of art.

The Most Interesting Facts about The Little Mermaid of Copenhagen

Ellen Price Refuses To Model In The Nude 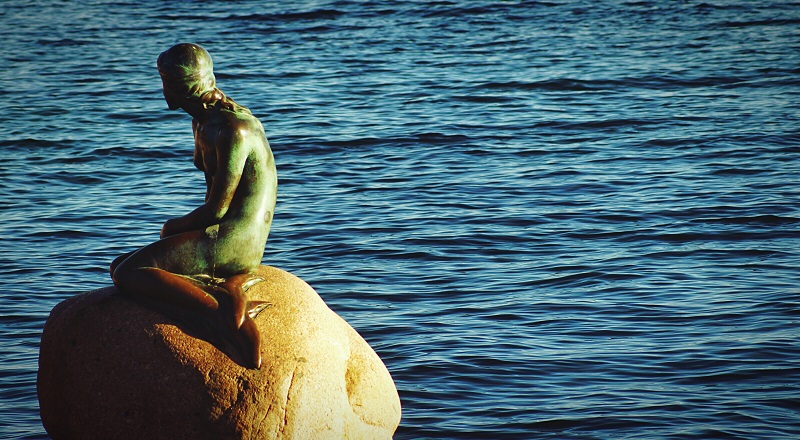 The idea for the statue came to life after a performance caught the attention of Carl Jacobsen, the son of the founder of Carlsberg brewery. Carl commissioned Edvard Eriksen to create it. Carl then asked Ellen Price, the Ballerina whose performance he had seen earlier, to model for the sculpture. Price differs with modeling in the nude so, the artist used only the shape of her head. The rest of the body is that of Eriksen’s wife, Eline Eriksen.

It Has Suffered Many Acts Of Vandalism 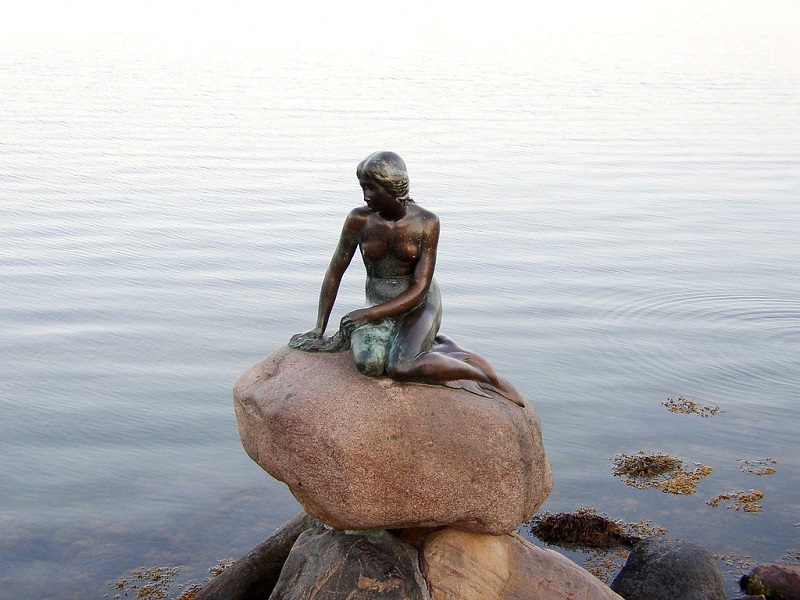 Since the mid-1960s, Little Mermaid in Copenhagen has suffered vandalism, but authorities restored it each time. The Situationist Movement removed the head in April 1964. No one could find the head, so another one was put in place. Vandals saw off the hand in 1984, and in 1994, vandals left an 18 centimeter deep cut on the head. Protesters pour paint on the head and body of the statue, on several occasions. 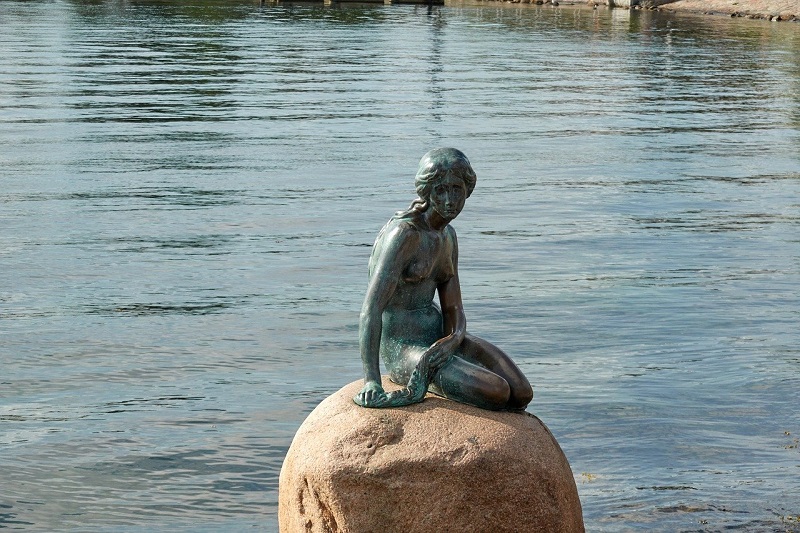 The Little Mermaid in Copenhagen is from a book written in 1836 by Danish author Hans Christian Andersen. The story is about a little mermaid who desires to leave her sea life and give her anything to become a human. Since publication, the tale has seen exciting adaptation in various media, including ballet, opera, film, musical theatre, and anime. The statue, which has been around for 100 years, is only 1.25 meters tall and weighs 175 kilograms.

What You See Is A Copy 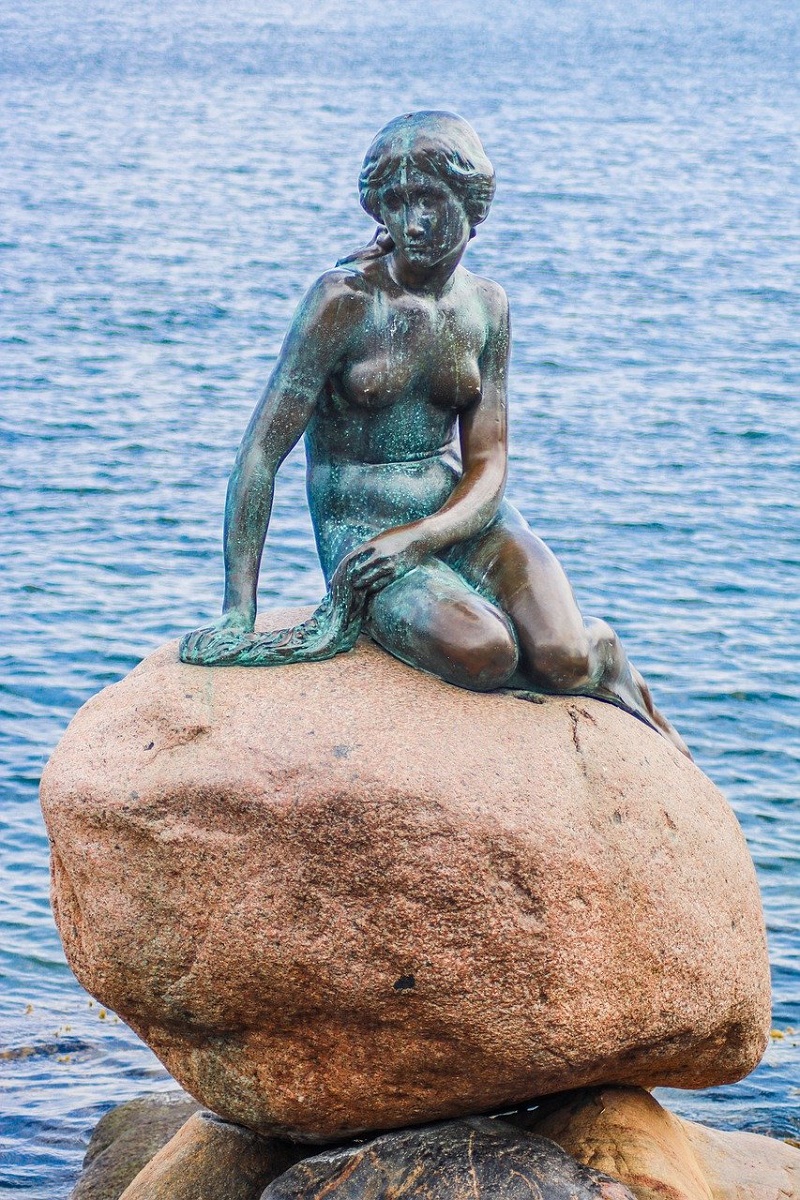 Yes, the statue you see at the Langelinie promenade is a copy but a legitimate copy, of course. The original has been kept in a safe place by the heirs of the artist. Apart from Copenhagen, there are also copies in other places around the world, including locations like Kimballton, Iowa; Piatra Neamţ, Romania; Solvang, California; Seoul, South Korea; and Torrejón de Ardoz (Madrid), Spain. There is also a copy created in 2000, which looks over Larvotto beach in Monaco. 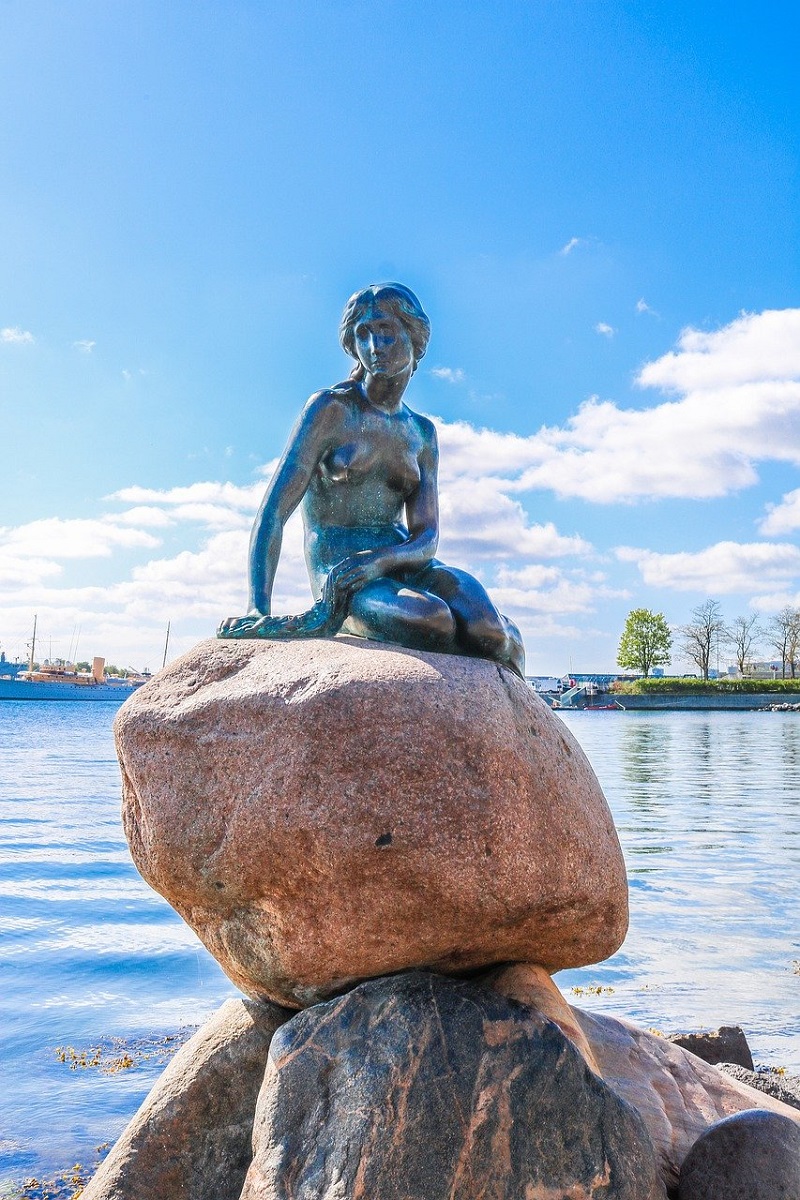 Little Mermaid in Copenhagen is Denmark’s most visited tourist attraction, with more than one million visitors every year. Access to the statue is free as people are allowed to walk along the waterside to see her. People taking a ride on the boat will also have a glimpse of her, which is a unique and exciting angle of sightseeing. You will also be able to find tours that offer exploration that includes sighting of the statue. Just like the Statue of Liberty in New York and Christ the Redeemer in Rio De Janeiro, the Little Mermaid is an iconic statue that symbolizes the city of Copenhagen.