Christopher Columbus is, without doubt, one of the most famous explorers the world has ever seen. Columbus Monument in Barcelona was constructed to honor him. Here are five interesting facts about this towering monument that will blow you mind. As you approach Barcelona from almost every angle, your eyes can’t but catch this magnificent monument standing at sixty meters. On top of the memorial is Christopher himself, which is only about six meters. It took Antoni Fages I Ferrer, 16 years to convince the city’s major to give authority for the construction of the monument. His prayers were answered in 1856, and the monument was completed over two decades later, in 1888.

An Elevator Takes Visitors To The Top

Very few people know that the monument contains an elevator within, which takes visitors to the top. While at the top of the Observatory Platform visitors have the opportunity to enjoy an excellent view over the harbour, the Gothic area and Montjuïc. The monument is open to visitors between 8 am and 8:30 pm every day of the week.

The Finger Of The Statue Is Pointing 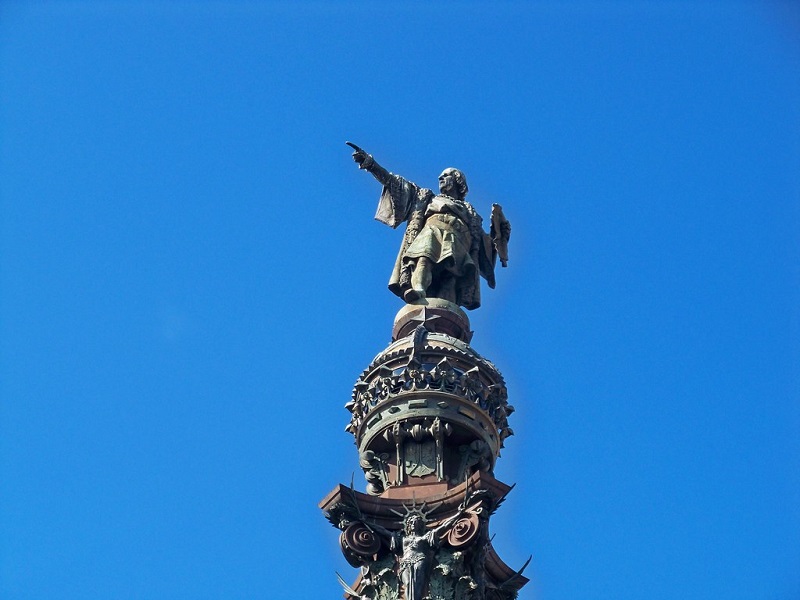 Columbus holds the credit for discovering the Americas, which is known then as “The New World” back then. This discovery was the height of his career, and mainly what makes him an iconic hero today. When you take a good look at the Columbus Statue, you will realize that it’s pointing south-east. Many people say this represents Columbus pointing to America, but that has been a subject of conversations. If someone should extend that arm on a straight line, the person is going to end up in the city of Constantine, Algeria.

A Base That Tells All The Stories 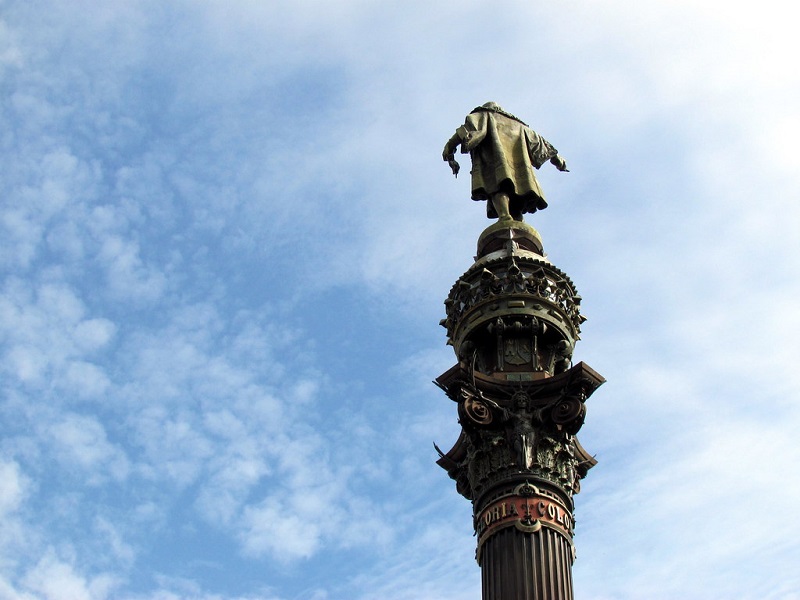 While the monument is about Columbus, there is so much to it than just the statue at the top. At the bottom of the memorial, you’re going to find plenty of exciting things that will blow your mind, including eight bronze bas-relief panels and eight coats-of-arms. Interestingly, the panels illustrate the explorer’s voyage to the Americas. The coats of arms are of countries that Columbus has visited, including Santa Fe, Puerto Rico, Salamanca, Cuba, Moguer, Huelva, Córdoba, and Barcelona. Panels also illustrate essential events in the life of Columbus including Columbus’ arrival in the New World, meeting the King and Queen in Santa Fe, meeting King Ferdinand and Queen Isabella in Córdoba, who are his sponsors. It’s an illustration that is not only beautiful but elegantly presented in a robust artistic capacity. 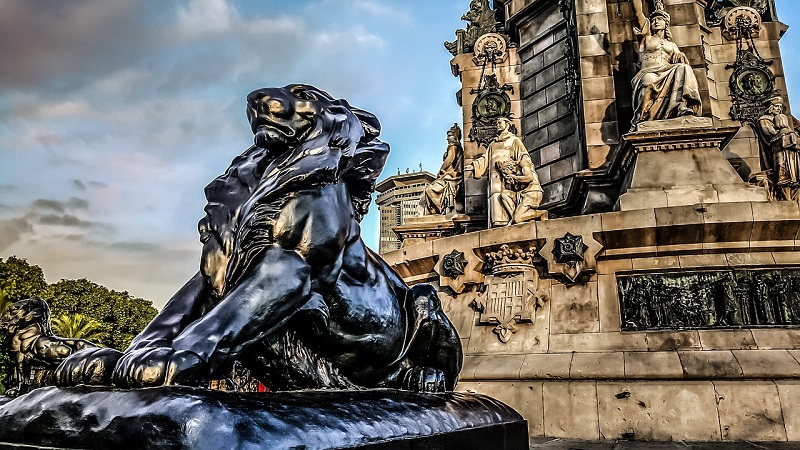 Apart from the panels, there is also the octagonal pedestal, which is equally very impressive. It contains four bronzed Phemes that are facing four corners of the earth, four buttresses, and displays of medallion portrait of someone related to Columbus. All of these are an attempt to tell the story of one of history’s most known explorer’s for future generations to see. Only Catalans were allowed to take part in constructing the monument, as a sign of respect to Columbus.