Albania happens to be one of those European oddities that are usually not transcended more than some somewhat unfortunate stereotypes. This catch-all on the Balkan Peninsula, refreshed by Adriatic and Ionian waters, full of mountains and countless ancient traditions, is one of those examples that there are still places in Europe that we know very little about and that are still waiting. an opportunity to be discovered by the eyes of those visitors who yearn to find something more or, at least, different. Without a doubt, Albania is incapable of undermining expectations. Quite the contrary, it is one of those countries which leave you wanting more, and with which it is possible to be surprised, which is not a small thing in these times. To illustrate a little more about the country of eagles, we are going to comment on a series of interesting facts about Albania. Some sharpness is always good before focusing on a new trip like this. Knowing never takes place, don’t you think?

1. Albanians do not call their country Albania Albanians refer to their country as Shqipëria and not as Albania. Also Republika and Shqipërisë to refer specifically to the Republic of Albania. Apparently said origin comes from the Albanian term shqipe, whose meaning is eagle. Precisely one of the symbols of the Albanian nation that appears stamped in black on a red background. And that is why Albania is known as the land of eagles. To which, by the way, having had an important population, they hunted this species to the point of exhaustion, leaving today very few in the territory despite its symbology. 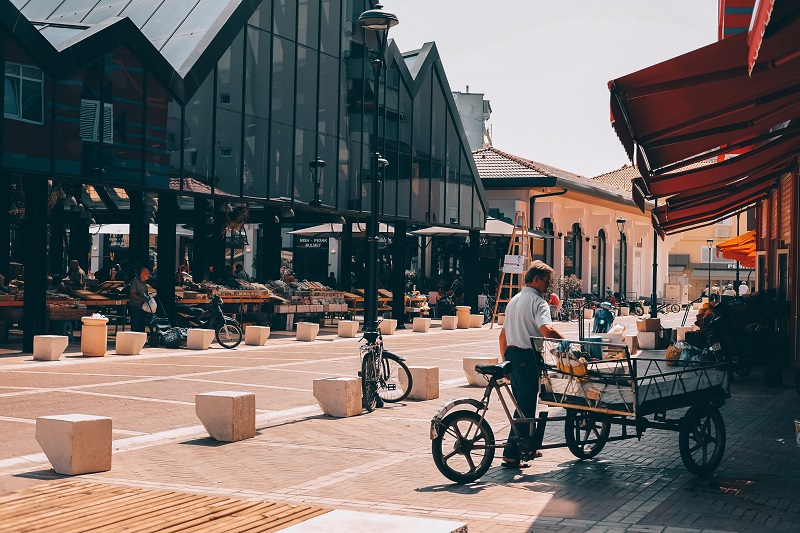 Gjergj Kastrioti, better known as Skanderbeg, was a relevant figure of the fifteenth century who, after uniting the different lordships of a previously fragmented territory, stopped the Ottoman attacks time after time. In fact in his youth he became enlisted in the Ottoman army to learn his techniques in battle and later defend his own people. He truly brought them down the street of bitterness because every time they tried to attack Albanian positions, they hit hard, with the castle of Krujë being his best stronghold (one of the must-see places in Albania). Upon his death (from malaria) the invasion by the Turks was inevitable, absorbing the territory to the great empire. It is said that Skanderbeg’s tomb was looted and that amulets were made from his bones to enjoy the protection in the war that he had had. A character whose intelligence on the battlefield made it possible to contain the Turkish enemy and create a plug in this part of the Balkans since, if not, Italy would have been the next step. And the reason why there is a square in Rome with an equestrian statue of the good old Kastrioti.

3. Being Albanian does not mean being born in Albania 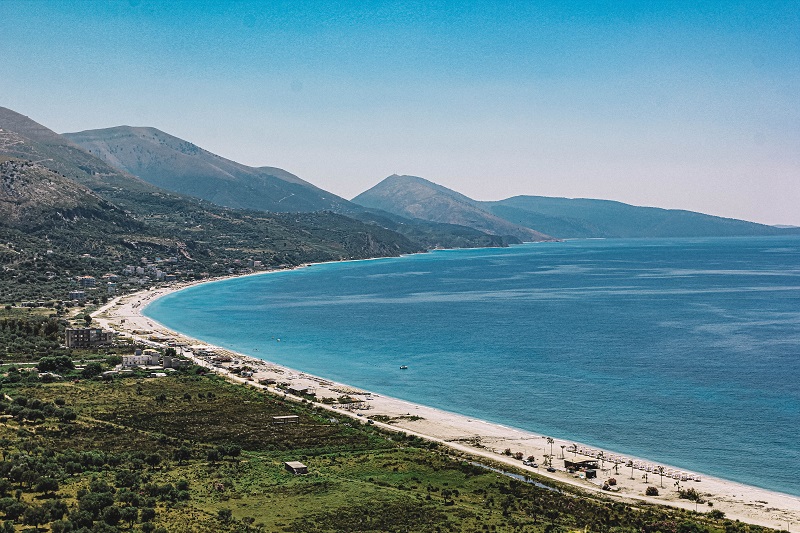 Albania has almost three million inhabitants. But it is estimated that there are even more Albanians on the other side of its borders. In Serbia, Kosovo, Macedonia, Greece as well as in many other European countries. Although it is necessary to know that there the Albanian is considered not only a nationality but a race. This is why, for example, Mother Teresa, who was actually born in Skopje (North Macedonia), is considered Albanian, given that this would be the origin of her family. And the reason why there is a constant discussion between Macedonians and Albanians, who claim the figure of him as their own.

4. Muslims, Catholics and Orthodox but, above all, atheists 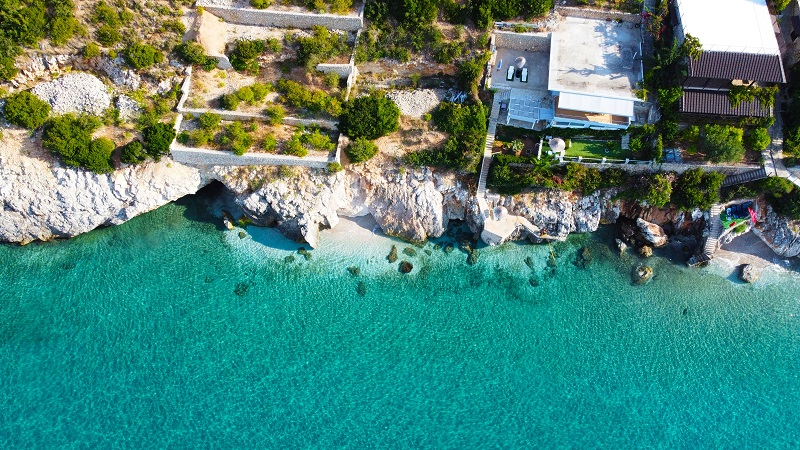 A melting pot of religions. That’s Albania. Just over 60% consider themselves Muslims, while the rest are divided between Orthodox Christians (the closer they are to Greece or Macedonia, the more) and Catholics. Just like in atheists. Although the concept of official religion does not exist and a good part of the population does not profess any confession, it is not a country in which no matter how much the bells ring or the muezzin’s song is heard from the minarets, there are too many practitioners. Many decades of prohibition and persecution of religions in the dark decades of the communist and dictatorial government of Enver Hóxa, took their toll. In fact, in 1967 it was the first country in the world to declare itself atheist.

5. A North Korea within Europe for more than 40 years 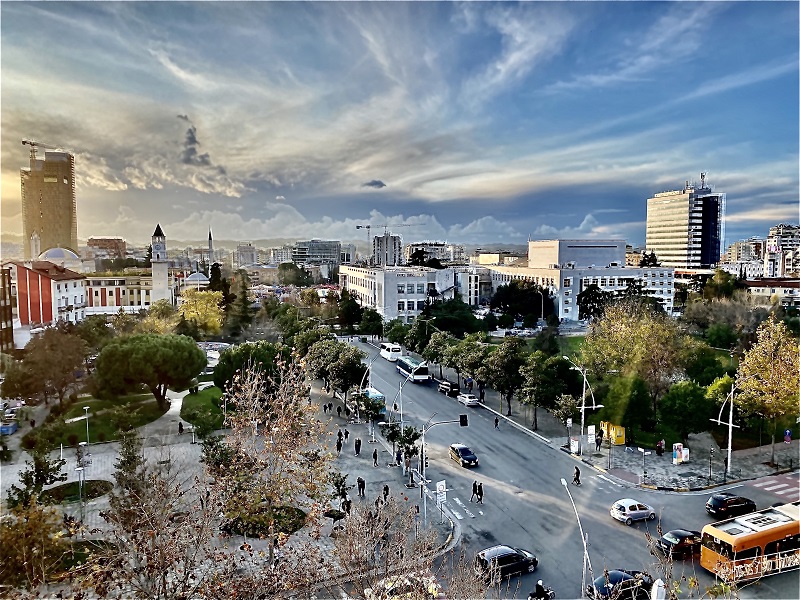 From 1944 to 1985 Albania, or rather the then People’s Socialist Republic of Albania, was ruled by Enver Hohxa. Or, what is the same, one of the greatest and most radical communist tyrants of the 20th century. From those of the dark secret services (Sigurimi), torture, labor camps, annihilation of religious and historical symbols and anyone who did not agree with his government. His radicalism is measured in that everything that came after Stalin in the USSR seemed weak and subversive. He closed down Albania because he considered that tourists were authentic messengers of evil and could contaminate his people. He ended up distrusting the USSR itself, Yugoslavia and, in the end, even China, so isolationism was at its maximum. Hoxha turned his country for four decades into something that today would remind us a lot of the hermetic and dark dictatorship of North Korea. A communist paranoia that still weighs so that Albania remains, decades after overcoming this period, one of the poorest countries in Europe. If not the most.

6. The country of bunkers 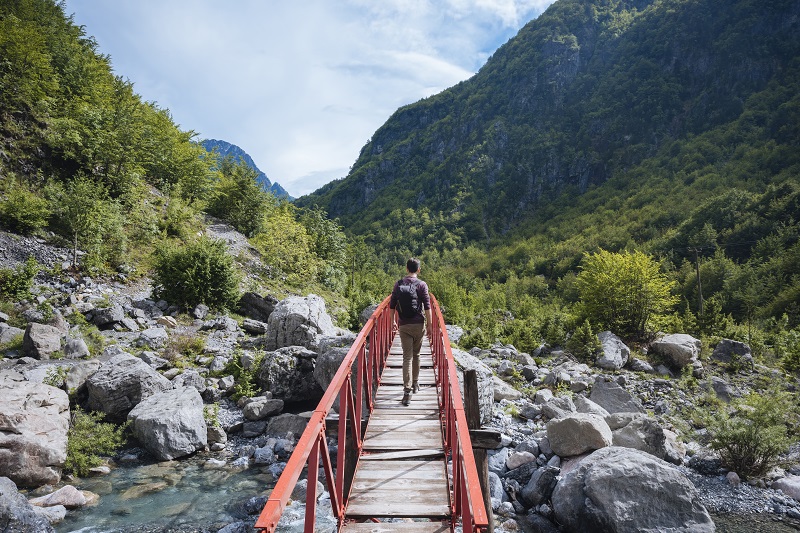 One of the greatest obsessions in Enver Hoxha’s life was to fear an invasion from the many countries he considered enemies. According to him, everyone wanted to wipe Albania off the map. From neighboring Yugoslavia through Russia or the United States. Anyone was suspected of planning an attack on the People’s Socialist Republic of Albania. So he took forceful measures to defend himself in case of invasion. A highly visible one, even today, was the construction of hundreds of thousands of bunkers. Around five bunkers are calculated for every square kilometer. In mountains, roads, the coast and, of course, the cities themselves. There are more than one hundred thousand concrete and iron bunkers throughout Albania. 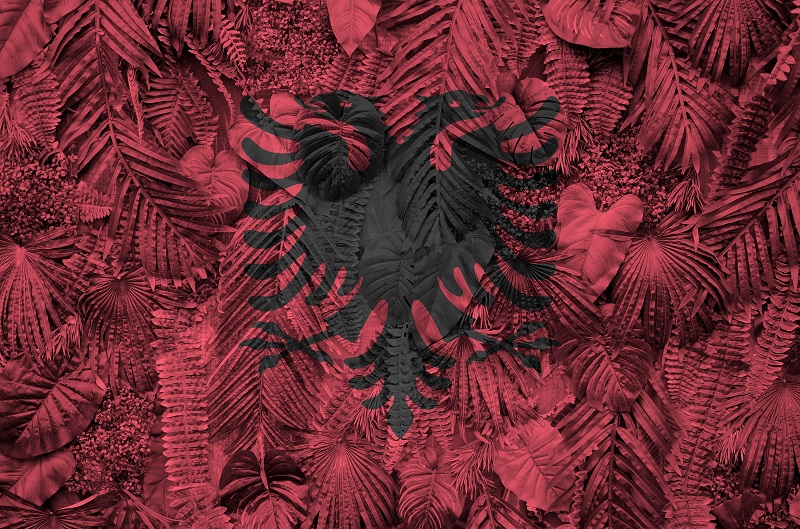 Many centuries ago in Albania a series of laws were written, called Kanun, which supposedly served to order the life of the towns and people of the region, especially when they were incorporated into the Ottoman Empire. The rules were used for a lot of areas, from the management of agricultural spaces to mere family relationships. And the conviction of blood crimes. Something that has still survived in some Albanian towns who, in the face of a crime, not only take revenge with the death of the cause of the evil that occurred, but also of their relatives and descendants. Unless they lock themselves up forever.

8. Albania has its own fjords Much is heard from those who travel to the country about the “Albanian fjords”. But if you look at the map there is no fjord in sight. The closest would be to the north of Montenegro, specifically in the town of Kotor. So… what is this about the Albanian fjords? It’s all due to Lake Koman (Komani Lake), created artificially after damming the Drin River from the distant karst mountains to the north and turning it into a vast navigable area. Really, this large artificial lake that flooded entire towns for tens of kilometers makes this valley really similar to the fjords of Norway, but in the middle of the Balkan Peninsula. And the journey between Koman and Fierze in one of the best ferry trips that can be done today in Europe (also an accomplice to reach the area of ​​the Dinaric Alps, also called the Albanian Alps) with the Valbona valley as the protagonist.

9. Albania also has pelicans – The largest in the world 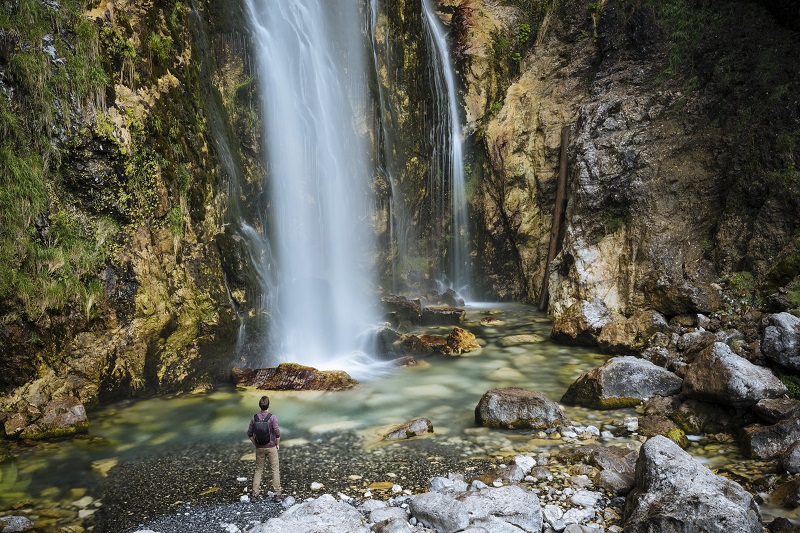 Before preparing my first trip to Albania, I knew that along the way I had to add experiences in World Heritage sites, towns and bridges of Ottoman architecture, medieval castles, bazaars, Roman ruins, inaccessible mountains, bunkers converted into museums or beaches. of the Adriatic coast. What I could not have imagined is that in Albania there were also pelicans. Better yet, the largest pelicans in existence. And it is that in the Karavasta Lagoon, on an islet, resides an important colony of Dalmatian or Dalmatian pelicans, species included in the podium of the heaviest flying birds, with up to sixteen kilograms of weight and around three meters of wingspan.

10. There are the Albanian Alps 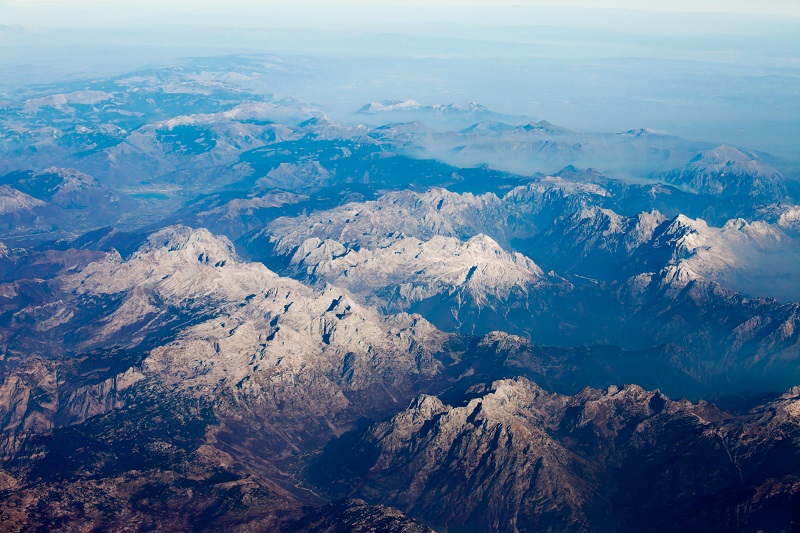 Nobody doubts that Albania is a country cornered by the Adriatic and the mountains. But what is hard to imagine is that it has landscapes in which it is easy to believe oneself in the middle of the Swiss Alps or even in the Dolomites. It is all about a conspiracy of what are known as the Dinaric or Albanian Alps, a long mountain range with great stone colossi and bucolic landscapes where even brown bears and gray wolves live. Its heart is the Valbona valley, which I spoke of a few paragraphs above, since one of the ways to get there is by boat on Lake Koman, a compendium of extraordinary postcards of a resplendent and uncrowded nature. The Valbona to Theth trek is for many more than just a hike through the mountains. To take good note.