Who doesn’t love this big, white northern bear? The polar bear is at the top of the food chain and is vital to the health of the Arctic marine environment, as well as being important to the cultures and economies of the peoples who live in the Arctic.

The life of the polar bear depends entirely on the sea: it is its main source of food and the place where it spends most of its life. But as the climate warms, that ice is melting, threatening polar bears. Here’s a look at some interesting facts about polar bears:

1. Why does the polar bear have white fur?

Polar bears have white fur so they can blend in with their surroundings. Its fur is so well adapted to arctic environments that it can sometimes be mistaken for a pile of snow. Interestingly, polar bear fur does not have white pigment; in fact, a polar bear’s skin is black and its hairs are hollow. It has a thick layer of body fat that keeps it warm while swimming, and double-layered fur that protects it from the cold arctic air.

2. What does the polar bear eat? 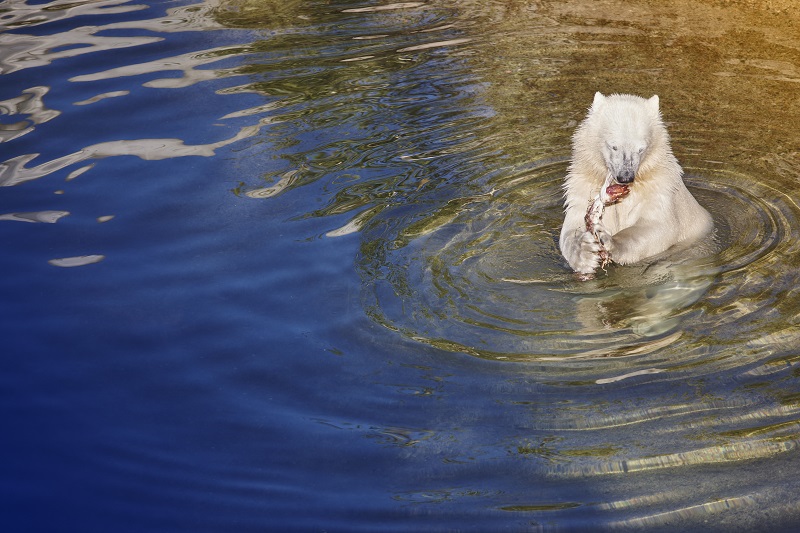 The polar bear is the most carnivorous member of the bear family, feeding primarily on a diet of ringed seals as it requires large amounts of fat to survive. A polar bear’s stomach can hold the food equivalent of 15-20% of its own body weight, and its digestive system absorbs approximately 84% of the protein and 97% of the fat it consumes.

3. How successful is the polar bear hunt? 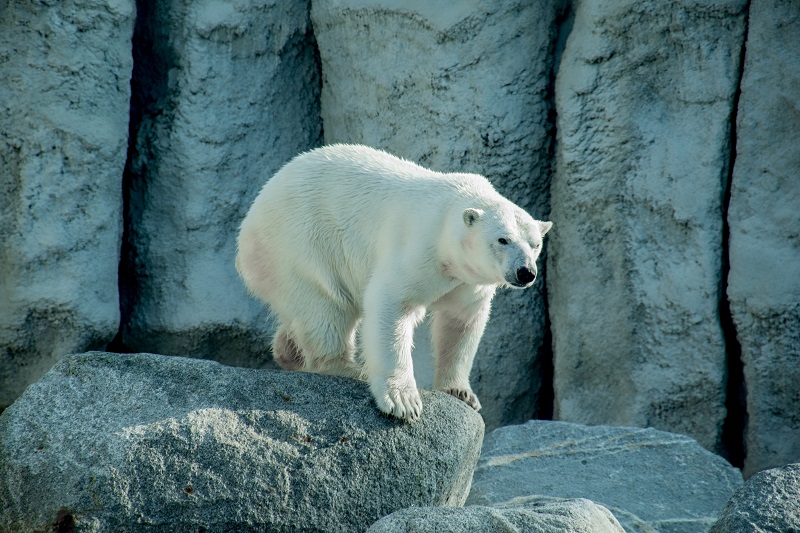 A common method of polar bear hunting is for the bear to stand perfectly still by a seal’s breathing hole, waiting hours, or even days, for a seal to come out to breathe. Seals are slippery and well designed to escape polar bears; a polar bear may catch only one or two out of every ten seals it hunts, depending on the time of year and other factors.

4. How good a swimmer is the polar bear? 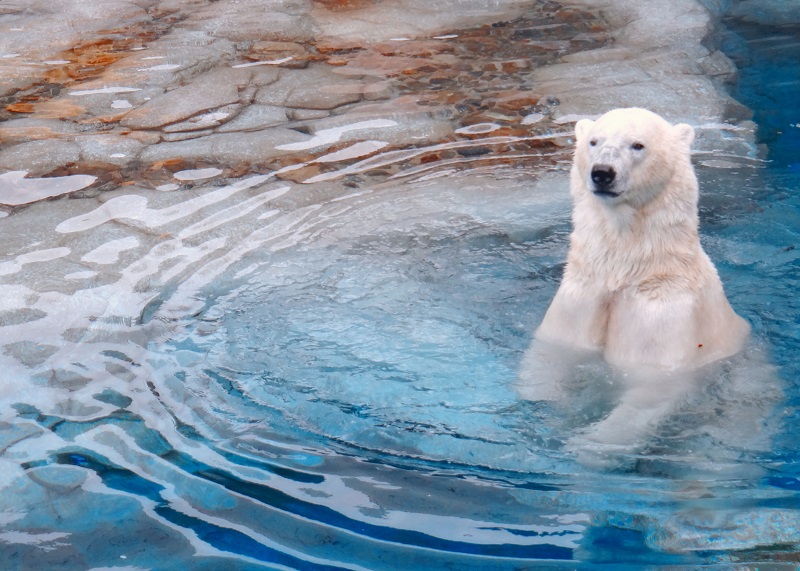 The polar bear is considered a talented swimmer and can maintain a pace of six miles per hour (9.6 km/h) by paddling with its front legs and keeping its hind legs flat like a rudder. Their feet are slightly webbed to help them swim. The polar bear is actually classified as a marine mammal because it spends most of its life on the sea ice of the Arctic Ocean.

5. Why does the polar bear like to keep clean? 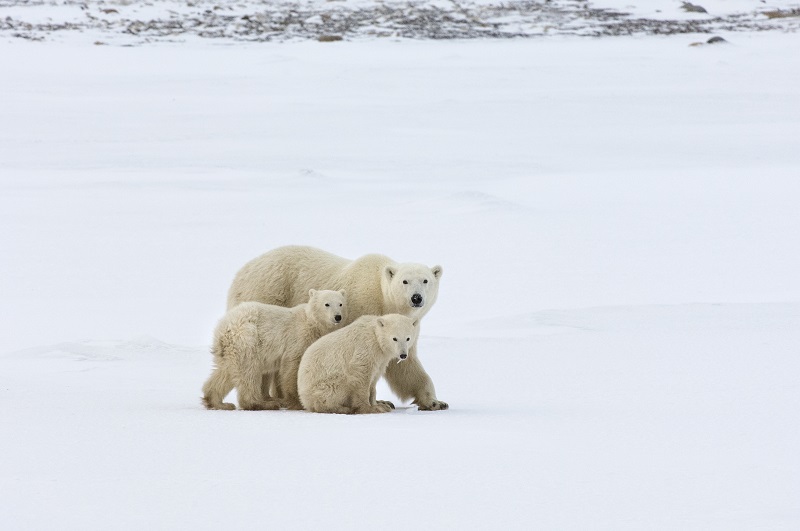 Polar bears like to keep clean because it helps the insulating properties of their fur. Dirty, matted, and wet skin does not work as well as insulation. After feeding, the polar bear normally bathes by swimming or rolling in the snow. He also rolls in the snow to cool off; Despite the harsh conditions of their environment, polar bears can be prone to overheating.